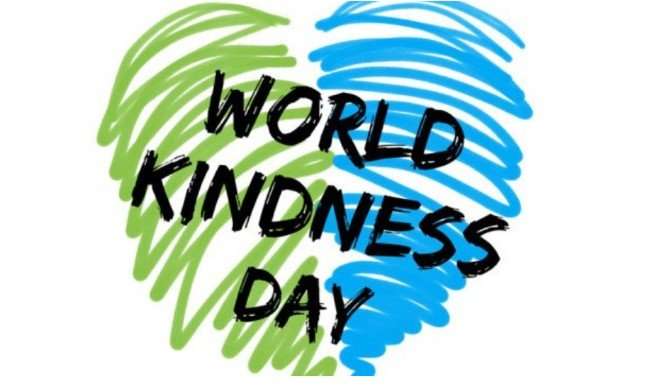 The world is full of kind people, if you can’t find one…BE ONE!

I was walking out of the grocery store last week following an elderly woman who was pushing her cart slowly towards the crosswalk. Out of the corner of my eye I saw a red sedan speed around the corner and slam his brakes on, so he didn’t hit the woman.

His window was rolled down and I could hear him yell, “Are you F-ING kidding me, speed it up lady!”, as he struck his hand on the center of his steering wheel honking his horn.

I watched as the woman nearly jumped out of her pants when the horn startled her. She picked up her pace, started pushing her cart faster while the young man in the car swerved to the left passing the woman (who was still not fully out of the crosswalk).

I stood there for a second in disbelief that someone could be so rude to a perfect stranger. I don’t know what that man was in such a hurry for, but was it necessary for him to be so unkind to a complete stranger even if he was late for work or was having a bad day?

In the middle of so much going on in the world and each of us having our own personal matters affecting our lives, it’s expected that we will be overwhelmed from time to time and will have to make a conscious effort to be kind, but that does not give anyone the right to be an ass to a stranger just because you are having a difficult day/week/month/year.

November 13th, as part of World Kindness Day, we are encouraged to spread kindness like a virus, a virus that we actually want!

We want to share it more than usual because studies show when others observe kindness, they are more likely to carry out an act of kindness, themselves. In essence, pay it forward.

Imagine you are on a walk and you notice your neighbor’s trashcan has tipped over. Instead of disregarding it and letting trash fly all over the neighborhood, you pick it up.

We each have the capability to improve each other’s lives through compassion and kindness. Whether it’s a friend, family member, coworker or stranger, our capacity to show our humanity should have no limit.

The truth is, sometimes when life is not going as planned, it can be hard to be kind. I think we can all agree with that. Sometimes it feels easier to be unkind – especially when we are not mentally or emotionally in a great place and we feel like the world is against us. I believe everyone is entitled to express what they are feeling, but that doesn’t mean at the cost of hurting others or yourself.

If you are having a bad/sad/stressful day, you have every right to feel whatever emotions you are feeling, but being unkind to yourself or to others doesn’t serve you in the long run.

It is unrealistic to think for the rest of your life, you will not ever say another unkind thing or be unkind to someone, but being kind actually takes less work than being un-kind. Like with most things, the more you practice, the easier it gets. Do good, feel good.

On World Kindness Day, let your compassion shine! Get caught spreading something good!

Use #WorldKindnessDay on social media and spread some love!