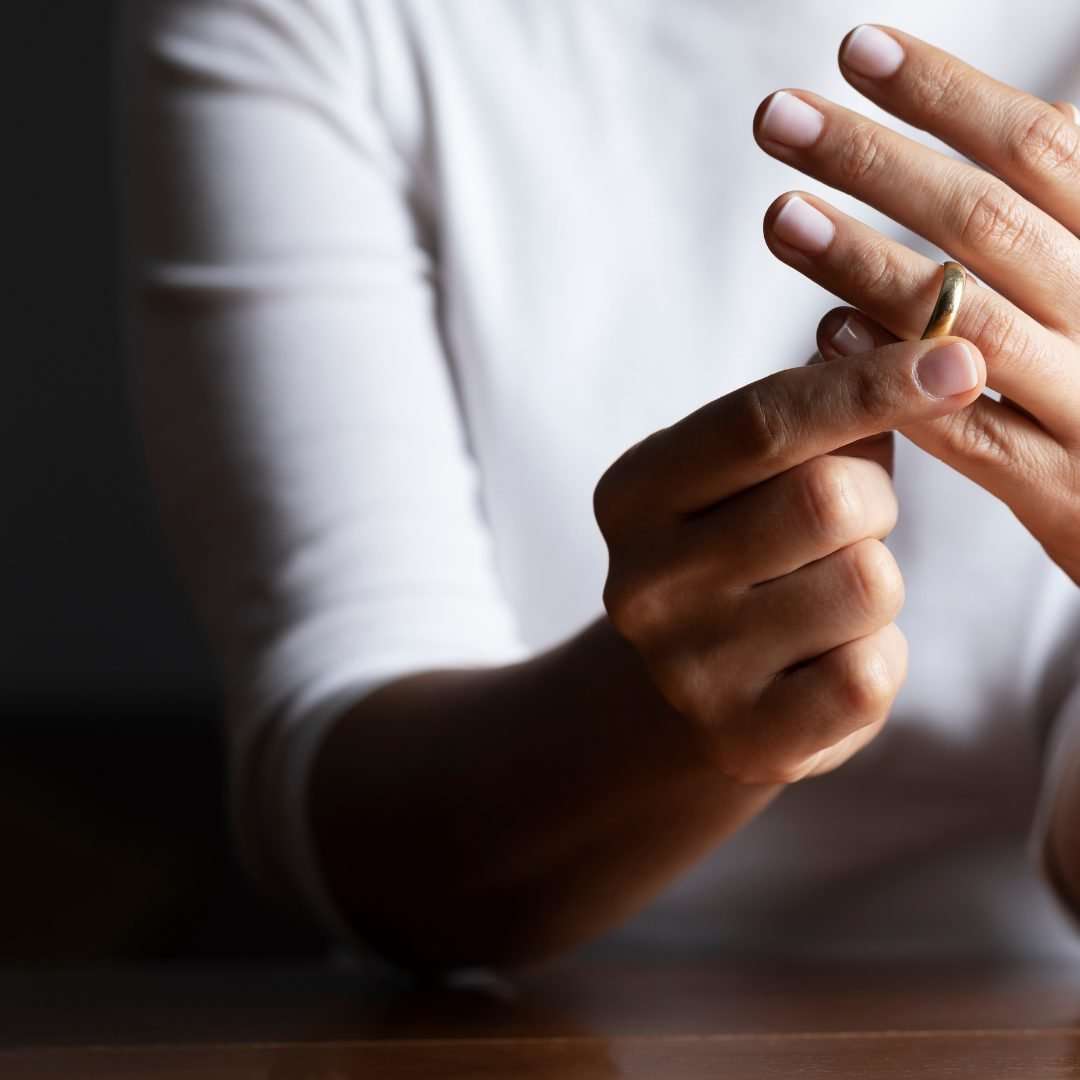 “We must be willing to let go of the life we had planned, so as to have the life that is waiting for us.”

When recalling every wedding I have attended in the past 43 years—including my own—the words, “I do”, have never been followed up with, “Until I’m 40”.

Although the average age of divorce in the United States is 30, the divorce rate in couples over 40 has increased significantly in the past 25 years—but why? Is it the Frustrated Forties? Or is it that the meaning of marriage has shifted?

What are the top 5 reasons women in their 40’s divorce?

Staying in a marriage out of convenience verses compatibility can appear to be “easier”, but can be detrimental for your mental health and well-being. It’s great to have different interests and friends as a married couple, doing your own thing without your partner. However, if you find that you are wanting to spend more time without your partner than with him or her because your interests have changed so much—that could be your answer.

You shouldn’t always agree on everything or even love all of the same things, but as you are changing with age, are you overcoming obstacles together as a couple, which can make your relationship stronger? Or are you sorting through them solo and those obstacles are pulling you apart?

Who paid for the first date? Do you remember? Maybe there was financial pressure since then. Financial challenges affect any kind of partnership and cause unwanted stress and tension. Many disagreements couples have are due to some type of financial conflict. If you and your spouse have different budgeting habits, or perhaps one of you doesn’t want to budget at all—this could lead to resentment and conflict in your marriage.

The issues above can be worked through. Money is ultimately not the issue. Lack of communication and trust (and not just about finances) is the underlying issue and the demise of any relationship.

Many women in their 40’s get divorced due to domestic abuse, but often not soon enough. They tolerate the abuse through their 20’s and 30’s, justifying the behavior or hoping for a change before finally calling it quits in their 40’s.

Domestic abuse may be verbal, physical, emotional, and/or sexual abuse. Abuse can even be extreme control by withholding certain privileges from your partner. Abuse is your partner showing a need to control you, demanding that you fulfill their needs, and failing to take responsibility for their side of the struggles in your relationship.

Unfortunately, these relationships tend to come with a constant cycle of highs and lows, which can be confusing and keep you in the marriage longer. Many women hang on hoping to see the pattern change and often don’t find the strength to leave until later in their marriage.

If you feel that you are in danger due to domestic abuse, call 911. You can also contact the National Domestic Violence Hotline at 1-800-799-SAFE (7233) for more resources.

Your marriage started out hot and heavy. You couldn’t keep your hands off of each other, then—along came kids, work, and life happened. Can you remember the last time you said “I love you” or held your partner’s hand?

While in your 40’s you may no longer have the, “I can’t keep my hands off of you”, kind of passion you had early on in your relationship. Are you no longer attracted to your partner anymore? Or perhaps you are the one that reaches out for affection only to be rejected? If you simply have no interest in sex with your partner, or them with you, divorce is likely in the future unless you can work through these issues, most likely with a therapist.

The spouse doing the cheating, or the spouse being cheated on could decide to end the marriage. When one or both partners go outside of the relationship to get their needs met—whether sexual or emotional—even if forgiveness is found, trust is often broken and unable to be repaired.

Couples who get married younger may do so for the wrong reasons—making your family happy, an arbitrary milestone like graduation, or you’re from a small town and that’s just “what you’re supposed to do”.

You can become co-dependent on each other, in an unhealthy way, because it’s all you’ve known. As you mature, you find that:

When you’re married, your individual priorities often get pushed aside in favor of the “We”. When all you have known is the “We” since a young age—the “Me” never had a chance to be found.

Is it better to stay in a relationship where you are truly unhappy just because you said,
“Until death do us part”?

The why behind a divorce can be anything from poor communication, incompatibility, boredom, or a loss of trust in the wake of an affair. Couples can however overcome challenges by continuing to work on issues that arise by having honest and open communication. But, is it better to stay in a relationship where you are truly unhappy just because you said, “Until death do us part”?

Emma Morano, who held the title of world’s oldest woman until her death in early 2017, said that divorcing her husband in middle age was the secret to her longevity—well that and eating raw eggs and cookies! So maybe Emma had it right—this marriage you’re saying goodbye to wasn’t your happy ever after—but I have a hunch if you are making (or already made) this decision with your heart, no matter how hard the process might be, you will find your happy even after.

If you are thinking about divorce or in the process, you can purchase my book HERE or schedule a FREE 30 minute clarity call with me to determine if working with a coach is for you.